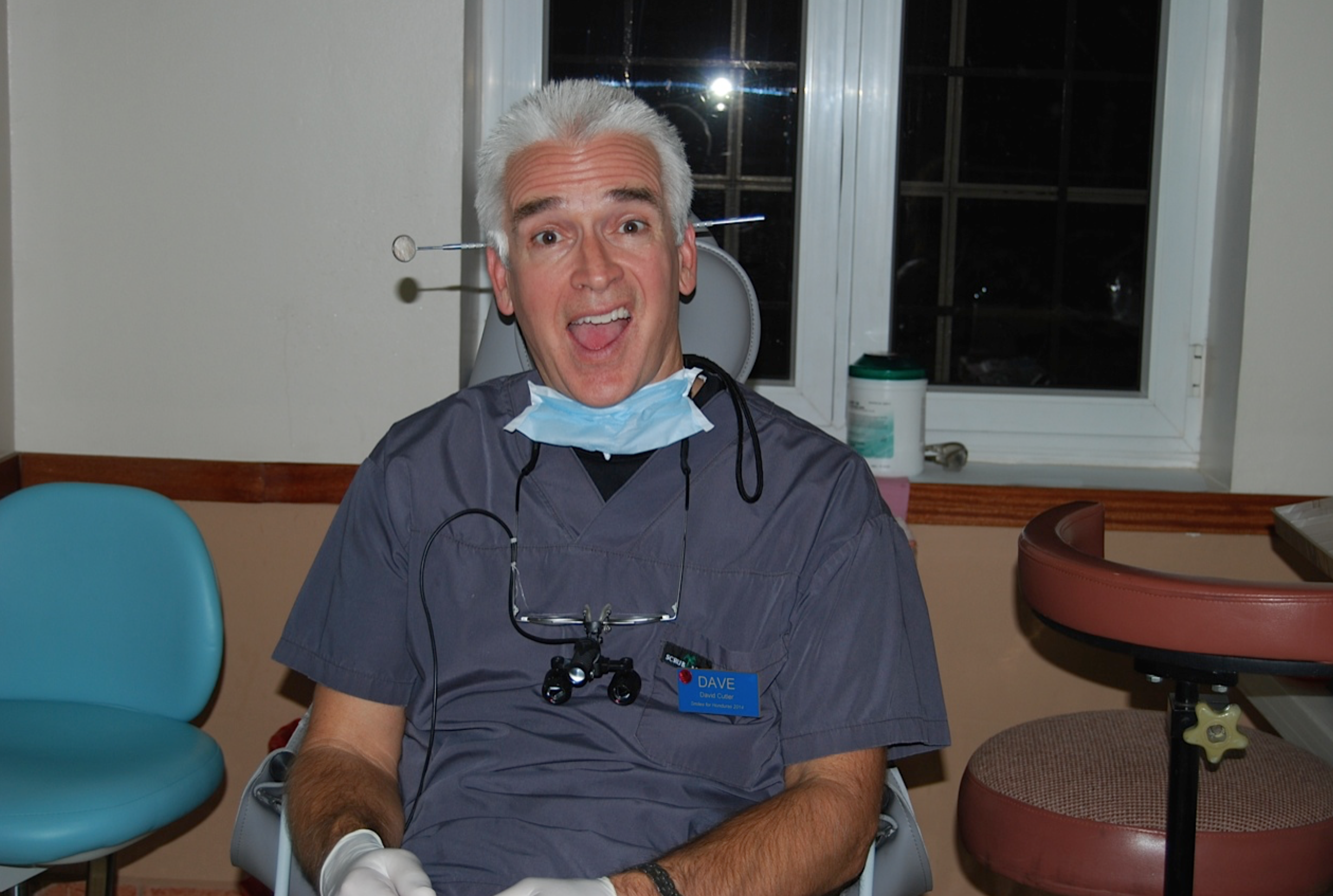 We participated in the 2014 brigada to San Pedro Sula with Smiles for Central America under the direction of David Sheets. We had gone with this group nine years ago to Cholateca with 5 of our children (and 1 fiancé). Our intentions had always been to return, but life happened (6 weddings, 7 grandchildren, etc.). Last Thanksgiving we determined it was finally time for us to go back, so we started planning for it.

The focus of the organization has changed in nine years. Our first trip, we treated the general population–ward members came as assigned by the local leadership. Also, they had a humanitarian project of refurbishing a local park which Tanya was assigned to work along with our sons and other young people.

This trip we treated pre-missionaries.  It was an amazing one-stop place to get all their paperwork submission ready.  We had 5 physicians who did physicals, including lab work.  Two of our group cut hair so they were ready to have their missionary picture taken by another person in the group.  The next station was hygiene instruction. After that they went to x-Ray where they were pre-screened for restorative, hygiene, endo and oral surgery.  Depending on their needs they were assigned to a dentist (20), a hygienist (4), an endodontist (5), or an oral surgeon (5).  Some of those lucky young people got to visit them all!  We even had an orthodontist who made a few simple flippers which equated to a few major miracles.  Talk about organization!  Although the clinic was set up in a local church building, the quality of the equipment and the skills of the providers allowed comprehensive care to be given to each of the 660 young men and women who came.

Instead of one major humanitarian project, Kristi Rogers had put together many.  We were divided into several groups to travel out in the community, about 3 hours away from the clinic. Our trip was to the newborn hospital. We delivered packets that included diapers, receiving blankets, a soft toy, nightgown, booties and some toiletries.  The mothers were very grateful. One mother even named her baby after Dave.  The conditions were humbling and made us appreciate our health care in the USA.

A highlight of the trip for us was a fireside held on Sunday evening for all the pre-missionaries in the area.  They had a full chapel and cultural hall, as well as being broadcast to several buildings. Elder Alonzo of the Seventy spoke. He had such a vision for these young people!  He told them to serve their missions, come home and get an education. Then maybe someday they could join a group like our brigada and serve countries more needy than Honduras. Following the fireside, Elder Alonzo came to our dinner where he pronounced a blessing upon all of us which included asking for angels to be in attendance with us as we served.  Indeed they were.

This trip was rewarding on many levels. We had many opportunities to encourage our patients to go and serve The Lord well.  We saw small and large miracles.  We are humbled that we would be able to help others in such a meaningful way.  We highly recommend this experience to everyone.