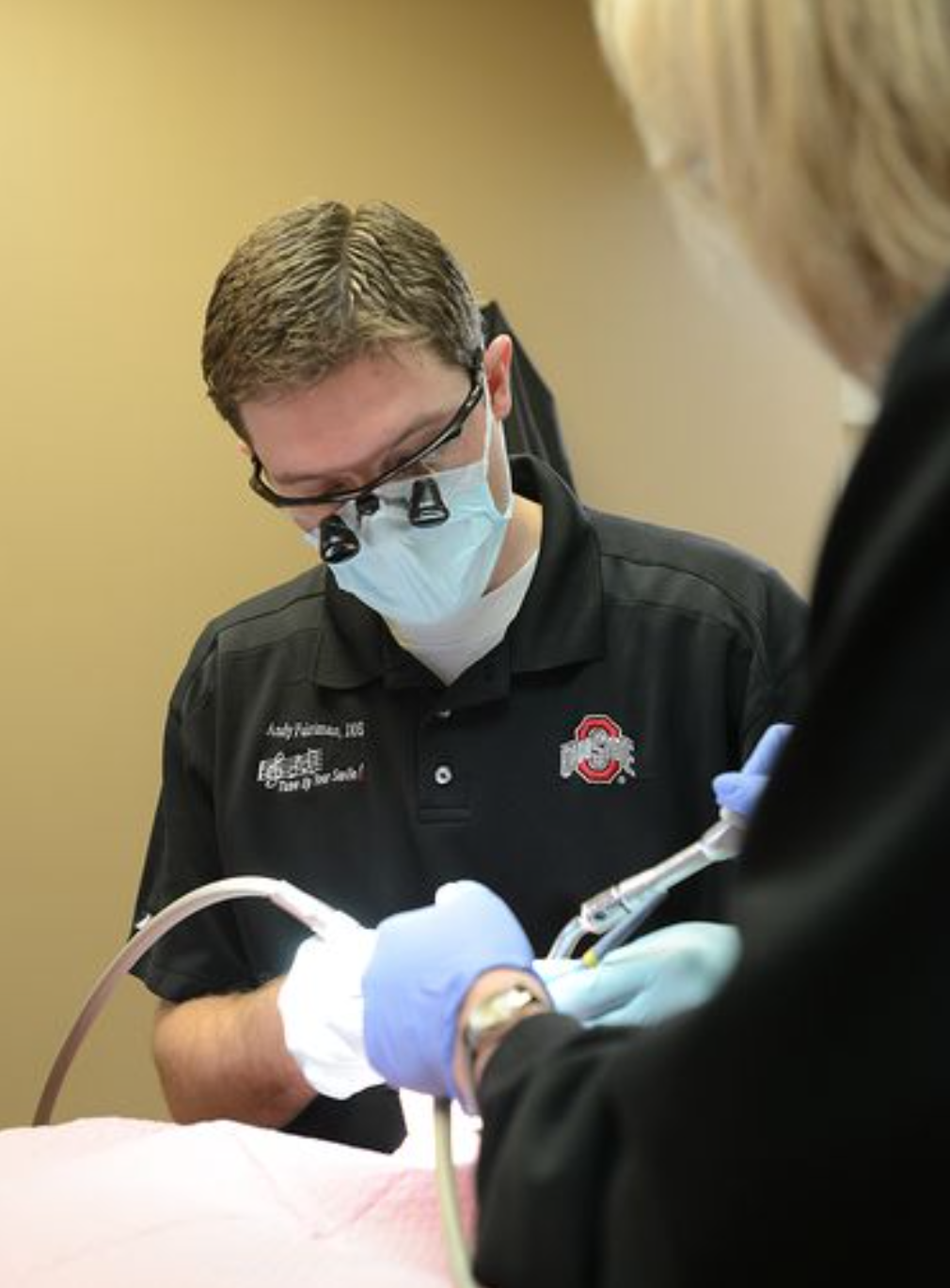 Dentists Give Community Something to Smile About

ZANESVILLE, Ohio– Eighteen dental professionals took part in a marathon of dentistry Friday, providing reduced-fee dental work to almost 100 people in seven hours for Zanesville Dental’s fourth annual charity event benefiting Christ’s Table. Donations come from the price of the procedures, which were done for just $25 or a referral from Christ’s Table. Dentists Dr. Andy Fuhriman and Dr. Scott Williams then match the money made from the procedures and donate the sum to Christ’s Table. In the past three years, they have raised $13,000, or more than five months in meals for the charity. The total amount raised this year was not available yet, but with 86 scheduled appointment and walk-ins bringing the total to nearly 100 patients, the amount is expected to be similar if not larger than years past.

Although the dentists planned on keeping to a one- or two-tooth limit for each patient, they quickly made exceptions for those in need, including one man whose top nine teeth were broken down to the gums. Other patients, Fuhriman said, are those whom they had treated for years until a lost job or insurance change kept them from getting regular dental care. All the patients were grateful, Williams said, regardless of what procedure they were getting or how nervous they were. One even gave him a hug after a procedure, which he said made his entire day. “They’ve waited such a long time generally,” he said. “Most of these people have jobs; they just don’t have the money for these procedures. … They’re people who appreciate it.”

Carolyn Rinehart was excited that she had opportunity for extraction of her tooth, which had broken down to the nerve six months ago. “I hadn’t had the time to do it yet,” she said. “I just think it’s wonderful that they do it for such a low price and that they do it for Christ’s Table.” The doctors had 16 other volunteers from the office and surrounding area assisting with the procedures, Williams said, with one former employee even coming out of retirement for the special day. “People are just anxious to help out.”

Orthodontist Dr. Jared Dean, who practices in Zanesville, Coshocton and Cambridge, spent the day focusing on tooth extractions after hearing about the event from Williams at church. He immediately knew he had to put his skills to use. “It’s just that time of year where it’s fun to give something back,” he said. “My family has been so blessed, and my practice too. … The people here are just so appreciative.”