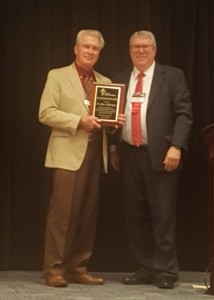 Dr Gerritsen was born in Salt Lake City, Utah. He grew up in the Holladay area and attended both Brigham Young University and the University of Utah. He received his DDS degree from the University of Nebraska in Lincoln, Nebraska (’73) and was inducted into the dental honor society, Omicron Kappa Upsilon. John married Janice Nordgren and they have six children and 18 grandchildren. After graduation he set up a private practice in the Cottonwood Heights area in 1973.

John has been active in organized dentistry and has served our profession as a board member in the local Salt Lake District and as the president in 1994-95. He served on the UDA Convention Committee from 1995 to 2010 and was the Scientific Program Chairman in 2000.

Early in practice John taught dental health classes in IHC hospitals, worked with pre-dental students from the University, and worked in the dental clinic at the State Prison. He is currently a clinical instructor at the U of U GP Residents’ program

John is a fellow in the International College of Dentists. He was a member of the Dental Task Committee for the LDS Humanitarian Department for 3 years. He served on the Advisory Committee of the Academy of LDS Dentists from 1988-1994, as a counselor from ’94 –’96, and was on the Executive Board from 1996 to 2014 (incl. 1998 – 2008 as VP. over Service) In that position, he was instrumental in helping establish partnerships with numerous humanitarian organizations. He has served personally in countries in Central and South America and has been a major facilitator in service projects throughout the world.