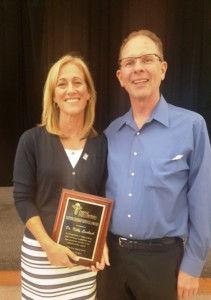 Dr. Lineback grew up in Lancaster, California, and received a Bachelor of Science from Brigham Young University before attending the University of Missouri Kansas City School of Dentistry. After graduating in 1989, she established her dental practice in Olathe, Kansas. She is a member of the American Dental Association, the Kansas Dental Association, the Fifth District Dental Society, and the Academy of LDS Dentists.

Dr. Lineback began the Roatan Dental Mission in 2006, and has participated in seven week-long trips with her family. For the first two trips, she was the only dentist, working in the newly-constructed LDS chapel. She saw 55 patients during her first visit, with 93 fillings and pulling 13 teeth. It became very clear to her that her efforts alone were not going to save the island. She began a crusade to enlists other dentists, and by the third year, there were three dentists and one hygienist. Just having other dentists around her improved morale for her in the clinic.

Upon hearing about the dental clinic, the local people would line up early in the morning, circling around the church to get a place for the dental services. During the last three visits, the number of dentists grew to 8, with about 3-4 hygienists per trip. Eagle scout projects have also grown, in which dental hygiene kits (floss, tooth paste, and toothbrush) have been given out from the hundreds to several thousands per trip. The support staffers, many now who speak Spanish, have taken upon themselves to visit schools and educate the children and distribute the kits. By 2012, the number of patients seen had risen to 584, with 522 fillings, 217 extractions, and 54 root canals. 353 Hygiene patients were also seen.

The focus has evolved from basic fillings and extractions to more comprehensive work per patient. The best long-term tracking of work has been seen through the LDS members that originally came in to see Kelly in 2005. 12 years later, it is extremely rewarding to see these members in a state of maintenance instead of critical repair. After the clinic closes at the end of the week, all donated materials are then distributed to the island’s local dental clinic, Nurse Peggy’s Clinica d’Esperanza, to their great delight! Dr. Lineback has great hope that the partnering dentists, who are now familiar with the island, will continue the work long after she hangs up her hand-pieces, and continue to bring smiles to Roatan.

In addition to developing the Roatan Dental Mission, Dr. Lineback serves with Dental Lifeline Network’s Donated Dental Services (DDS) program providing needed services to local residents. She has also worked for many years with the Head Start program at local schools educating, screening, and providing dental services.
Dr. Lineback enjoys spending with her husband and three lovely daughters. In her spare time, she loves to visit Colorado to ski, whitewater raft, bike, and enjoy the outdoors. 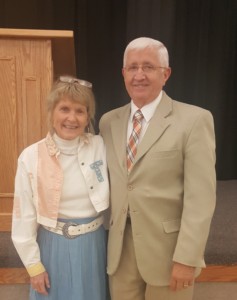 Monte L. Thompson was born in Tremonton, Utah, (he says 100 years after the first pioneer group entered the Salt Lake valley.) He was raised in Grace, Idaho, until age 8. His family then moved to a homestead farm near Rupert, Idaho. He learned to work and get along with people. He graduated from Minico High School with a leadership scholarship to BYU, where he graduated in political science, philosophy, and Spanish. In 1974 he earned a law degree from the University of Utah.

Monte served a 2-year mission in the West Spanish American mission, sharing the gospel with people in California, Arizona, and Nevada. After returning home, he met a beautiful girl, Margot Haymore, from Tucson Arizona, outside on the 3rd floor of the BYU Harris Fine Arts Center after sacrament meeting. He was entranced. They were later married in 1970. Monte says, “My Eden is where she is.”

Monte and Margot have been blessed with two children and seven grandchildren. He learned to work early in life with irrigation farming in potatoes, sugar beets, hay and grain. Later he was a paid intern for Utah Speaker of the House, Norm Nielson. He was offered a job with the Church Educational System to teach seminary. Later he was accepted for a doctorate in the education program. He practiced civil and criminal law in Utah and Idaho. From there he became the Director of the Utah Dental Association where he worked and served for 40 years.

He is an honorary member of the American Dental Association and the International College of Dentists and is the surprise owner of a Harley Davidson. Monte has served in eight bishoprics and three high councils since 1972, has been a bishop three times, and just completed a two-year service mission at Temple Square and the Conference Center. He says he is a candidate for home teacher emeritus.

Some interesting tidbits from Monte about dentists: